Your calling could be costly.

Have you ever noticed how easy it can be to accept a “calling” that God has given you, but then realize how difficult it can be to go through trials that it takes to get there?  While we were in Uganda, this summer, I heard a guest pastor, Jose Zayas from Oregon, give a sermon about this.  Since I feel that I have just lived through it, I want to share a few thoughts about what he said, with my spin.

Since we started working, through Due Unto Others, to care for the medical and spiritual needs of Ugandans in 2012, we have treated over 15,000 patients.  Through God’s provision and the support of our partners, we have been able to offer this care and needed medication free of charge.  Through the many clinics and long lines of beautiful people, we have come across about 25 “special” cases that we have called our “That One Persons” (TOPS).   Some of them have received wheelchairs or prosthetic legs.  Some have needed immediate blood transfusions that could only be obtained by midnight drives to Kampala, the capital of Uganda.  Too many children have needed extensive burn care and subsequent plastic surgeries.  Several have needed a delicate “elective” surgery that their families could not afford and that the government did not feel obligated to provide in the “free” health system of Uganda.  We have been saddened as some of these TOPS have passed away after chemotherapy or during open heart surgeries.  I think one of the biggest blessings that our family has received, while serving in Uganda, is the relationships that we have developed with some of these TOPS and their families.  The way these TOP kids light up when they see our kids and want to play a game of soccer or ring around the roses.  They understand that they can play these games because their burn scars have been released or their heart defect has been repaired.  Or the way that their parents light up, because they recognize the love of Christ that donors of Due Unto Others have shown their family.  Due Unto Others has been able to find the needed medical expertise and care for almost all of these patients, here in Uganda.

Around last October, I began to feel that God was preparing us for a slight change from our usual plan of helping our TOPS.  God laid one of those 25 +/- TOPS on my heart.  Jamil has been dealing with a meningioma, behind his right eye, since 2010-2011.  Due Unto Others had helped him to get a surgery to remove the tumor in April of 2012, shortly after meeting him.  In 2013, the tumor had returned.  At that point he had another surgery and subsequent radiation therapy.  Given the recurrent nature of his problem, I felt God calling us to take a different approach, if the tumor again returned.  Jill and I discussed the prospect of bringing Jamil to the USA for more specialized treatment.  Jill began checking into what sort of process we would need to take care of, before going back to Uganda.  I discussed the legal side with some friends and attorneys with experience in this arena.  We had a difficult time getting exact answers because most of the time when a child is leaving Uganda, it is for an adoption or they travel with one of their family members for health care.  So as we headed to Uganda in May, we felt like we had a calling, but not a clear plan.

When we were reunited with Jamil, we were hopeful that our calling might have just been to see if we were willing.  Jamil seemed to be doing well and his eye looked much more anatomically normal than it did 11 months prior.  As we received Jamil’s CT results, we realized that our calling was now an active project.  As we started the process, on June the 5th, we were rapidly trying to figure out what we were doing while gathering information that we knew that we would need.  We hired an attorney, in Uganda, that had experience with this sort of project in the past.  We made calls to specialized doctors, in the USA, to get their advice and even letters agreeing to provide care in Oklahoma.  We checked with St. Jude’s Hospital, but Jamil's tumor did not fit into any of their current research projects.  We called on our friends to pray with us for Jamil’s healing and resolution of the legal matters.  After approximately a week of many phone calls, attorney meetings, and doctor’s appointments, we “thought” that we knew how the process worked and how it would work out.  We had this hope that we could get all of the needed steps cleared prior to our scheduled departure on July 10.

After about 4 more weeks, we were finally assigned a court date.  We needed to see the judge because Jill and I needed to obtain temporary custody of Jamil, so that we could travel with him to the USA and then consent to medical procedures that he might need.  Getting custody was  fairly tricky as Jamil is not technically an “orphan”.  His father is dead.  His mother is living, however, but she had abandoned him when he was about a year old and has not participated in his care since.  He has been cared for by his uncle’s family and his grandparents.  So he does not have a traditional family unit, but he does have a family.  So convincing the judge that we couldn’t just take his mother or uncle with us to the USA was part of our insistence.  Initially we were rejected, by the judge, because we needed more evidence that Jamil was “nearly” orphaned.  This was a trying time and required a scavenger hunt across Uganda, looking for evidence.  We felt like we were in a “valley” as nothing seemed to be going right or according to our plan.

We were temporarily elated as we were awarded custody.  We felt that it was just a matter of time until we could bring Jamil to the USA and get his needed care started.  We hurriedly applied for his Ugandan passport and we were told that it would take “at least” 10 business days to complete.   We still hoped that due to the urgent nature of Jamil’s medical problem, his might move faster.

After 8 days of sitting and waiting for a phone call, things seemed pretty bleak.  At this point, our kids had been back in the USA, staying by themselves with help from grandparents, for 2 weeks.  We also heard that the USA computer system for visas had crashed, causing delays world-wide.  Jill and I decided to fly home and try to regroup while waiting for the passport to be completed.

About a week later, the passport was complete and we applied for a visa appointment with the US embassy in Kampala.  We were graciously given an expedited interview that would take place in about 2 weeks.  So plans were made for me to return to Uganda, wade through the lines to pick up Jamil’s passport and then go for the visa interview.  Through asking a few questions of the US Embassy, it became more clear to Jill and I that getting a visa for Jamil would be a long shot.  The USA does not have a medical visa, so Jamil would have to qualify as a 12 year old “tourist” to the USA.  We knew, from previous experience with our Ugandan friends, that getting tourist visas was difficult, even for adults that had made overseas trips before.  My heart was heavy as I was dreading telling Jamil and our supporters that we had been denied the visa and that we would have to try another route that could take months to complete.  We began to pray even more and Jill started organizing prayer vigils to take place at the exact time as the interview.

As I sat on the tarmac in Oklahoma City, delayed in my flight to Dallas, I saw the seconds passing and it seemed that I would miss my flight to Uganda.  With missing this flight, I would have to reschedule the interview and pay to have my airline tickets adjusted.  This was a low point for me in the valley.  Why would I feel that God called us to do something but then there be so much struggle, frustration, and resistance to reaching the destination?  Through much stress, prayer, and provision, I narrowly made my way to Uganda.

I met up with Jamil and his Uncle Joseph on Sunday night as I arrived in Uganda.  Monday morning we were able to pick up his passport and everything on it seemed to be correct.  Yes!  What a blessing.  I still felt this dread about the next morning.  As the sun came up over Lake Victoria, my Ugandan entourage prepared to go to our 9 am visa interview and friends all over Uganda were praying for this meeting. 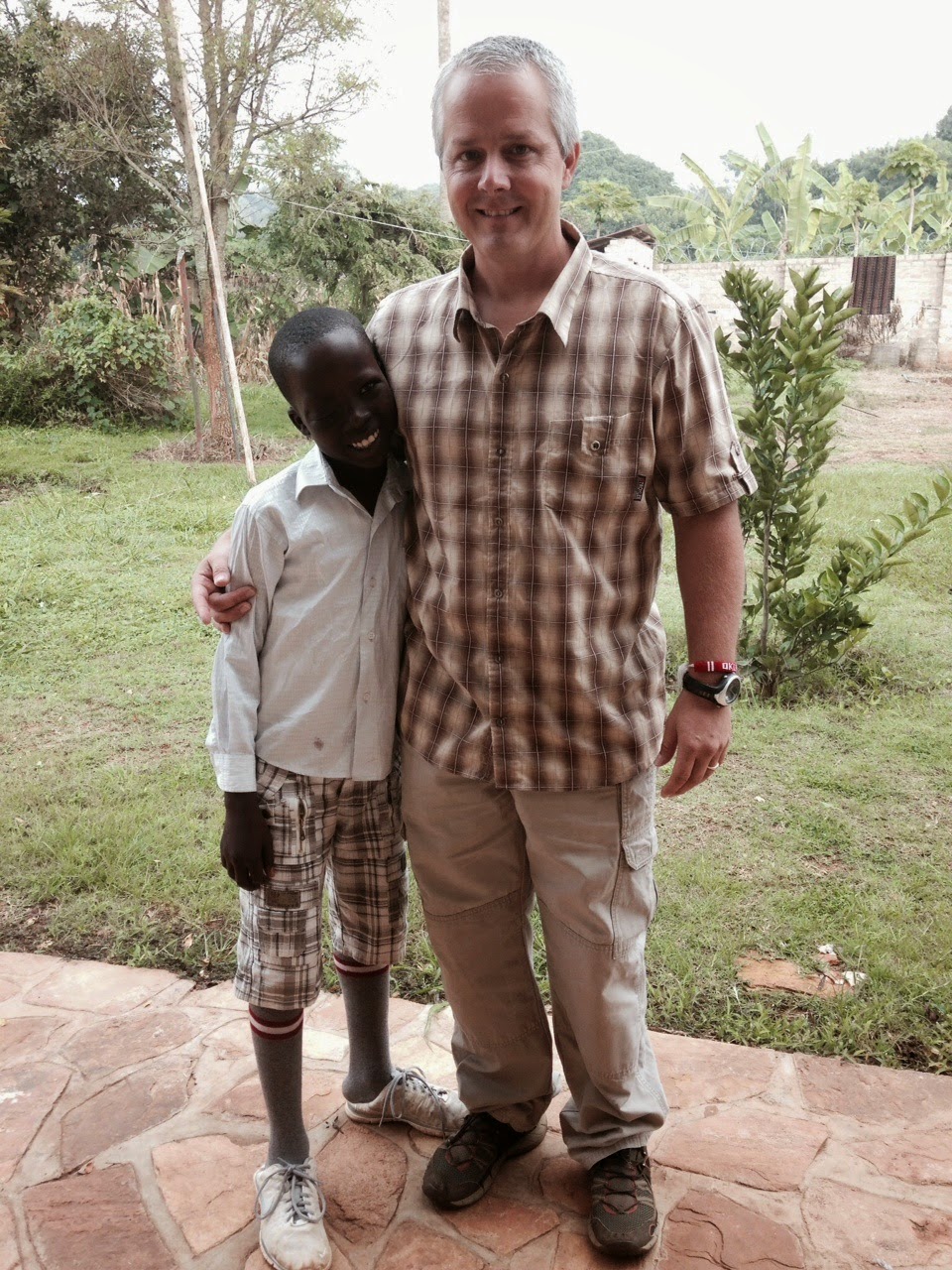 Meanwhile, people all over the USA were staying up late, into the early morning to pray.  Jill gathered with a handful of people, in Duncan, to pray for a favorable decision on Jamil’s visa.  Without saying too much, I truly believe that the Holy Spirit interceded for us, during the interview.  We received the visa and headed to the USA 2 days later. 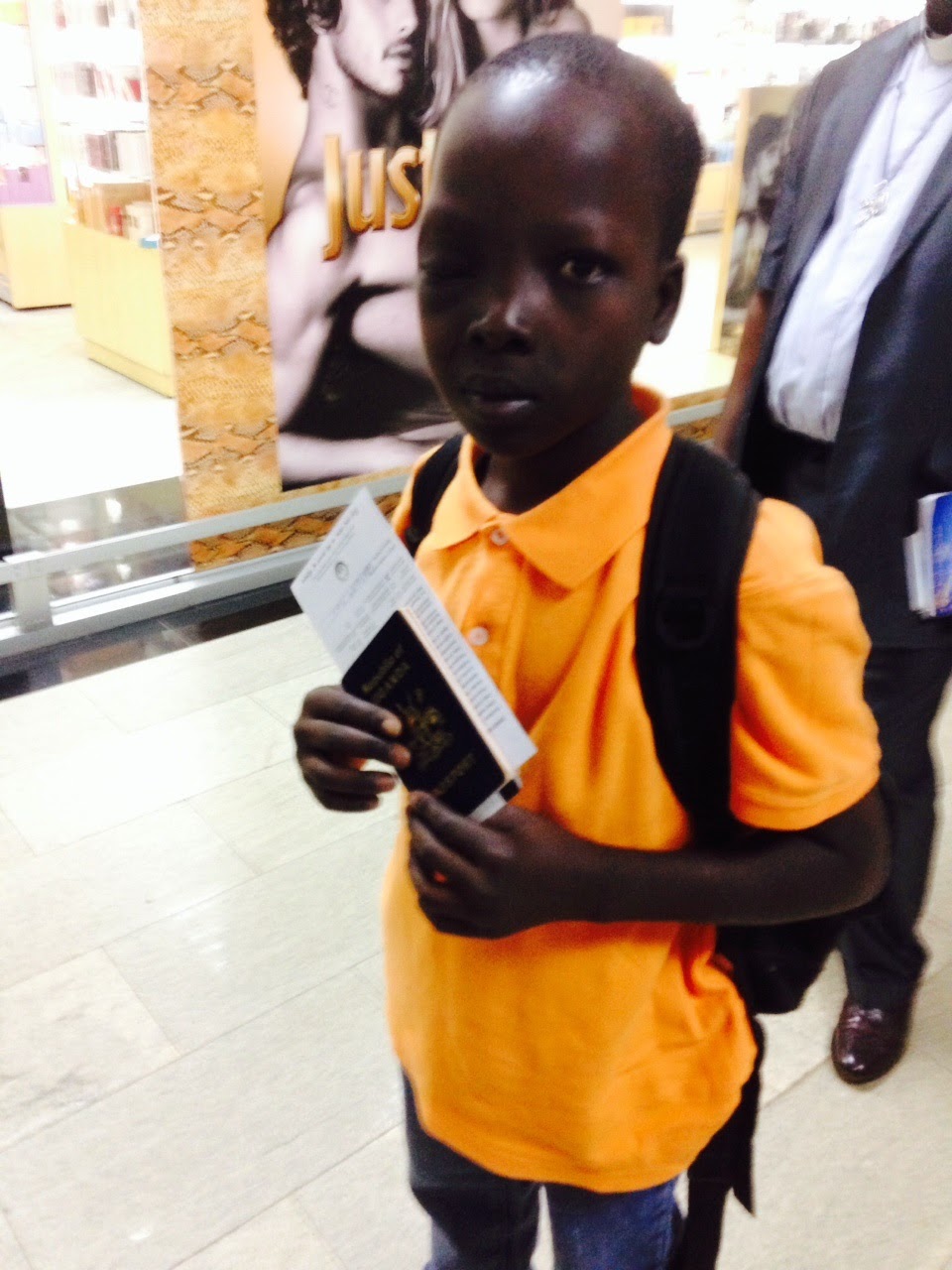 Here are a few thoughts about how we can be called to do something but have to go through the valley to reach the mountain top on the other side.   Mark 14:32-


·         Jesus was called to take our sins to the cross on Calvary Mountain.  Before he got there, he was in the Valley of Gethsemane.  Gethsemane is actually a valley below Jerusalem.


·         While in the Valley, Jesus suffered while awaiting what he was called to do.


·         Jesus called on his friends.  More specifically he called on his 3 closest friends to join him and help him through the valley.


·         Jesus calls on his Father.  Jesus understood what it is like to be desperate and want to get out of a situation.  He wasn’t trying to get out of his calling, he just knew how difficult it would be.


·         In verse 41, Jesus says “enough, the time has come”.  Enough actually can be translated to “paid in full”.  At this point Jesus gains confidence and is ready to move on to achieve his calling.

So I encourage you, as you go through the “valley” on the way to your calling, to remember a few things.


2.)    Don’t go through the valley alone.  Share what you are going through with your close friends.


5.)    The Holy Spirit will keep you “awake” and encourage you with confidence.

He knows what you are going through.  You can make it through your valley.  I do feel like we have come through a valley with Jamil.  I don’t think, however, that we have reached the mountain top.  Perhaps a foothill. 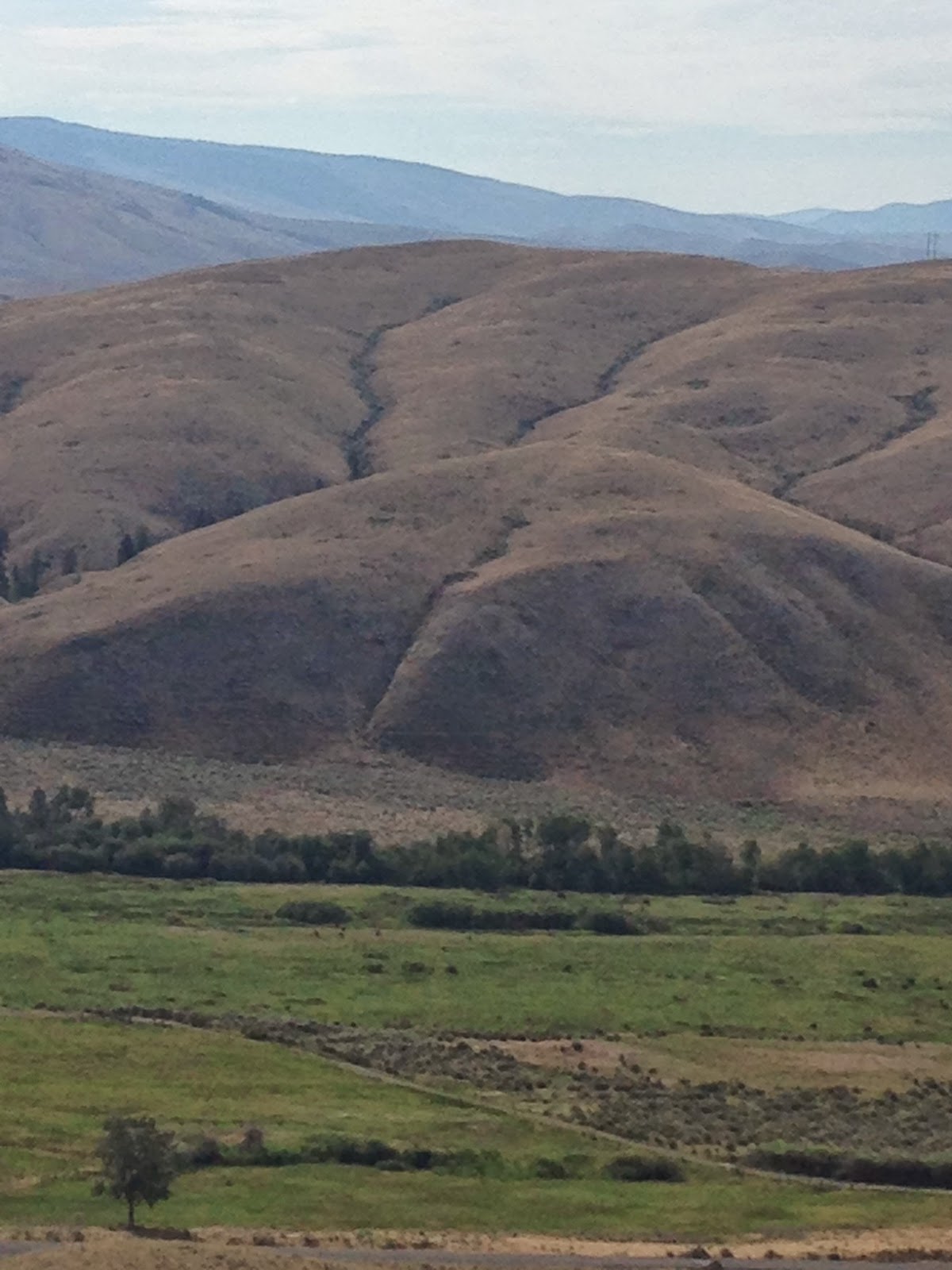 I truly believe that the true calling and the true mountain top will be when God has healed Jamil.  There may be more valleys before we get there.

Still Preparing for Due Season.

Jay
Posted by due unto others at 1:15 PM