Only 6 days until we leave for Uganda.  I will continue some reminders of "That One Persons" from Uganda.


Do you believe that God is in the business of miracles?  Well, let me introduce you to a 4 year old boy from Gaba, Uganda, named Jonathan.


The Due Unto Others medical team noticed Jonathan wearing a ragged bandage on his arm while standing in front of his mother’s fruit stand in February of 2012.  He had accidentally pulled a pot of boiling water onto himself a few days before.  His right elbow had 3rd degree burns that would probably have required skin grafts, in a burn unit, in the US.  No such care was available to Jonathan.  The burn caused his right elbow to stay in a bent position and he even had some second degree burns on his abdomen.  Jonathan was taken to Wentz Medical Center, where he received daily wound care and the Due Unto Others medical team sent out requests for prayers from all over the world.  I had significant concerns that Jonathan’s arm would be permanently scarred in a bent position and be essentially useless to him.  Over the next two weeks, the power of prayer took over.  Jonathan regained full function of his elbow and ended up with almost no scar whatsoever.  Christians, from many churches, lifted Jonathan up in prayer, and a miracle happened.


Because Jonathan lived near the home base of the team, team members were able to build a relationship with Jonathan’s mother.  She started attending a local church and the direction of her life seemed to take a different course.


Donations to foreign missions have allowed Jonathan to attend school.  He has truly experienced God’s love.
1 in 5 children in Uganda die before their 5th birthday.  What if we helped That One Person? 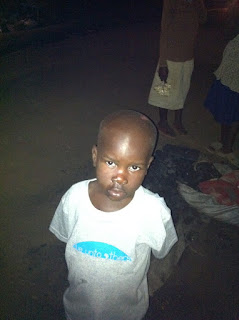 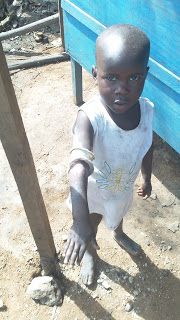