When we arrived at the clinic in Ishaka, I, like Jay, was taken a back by the difference a year can make.  It had already been a great start, because we had talked to Jamil, and you could hear the excitement in his voice with the start of school. 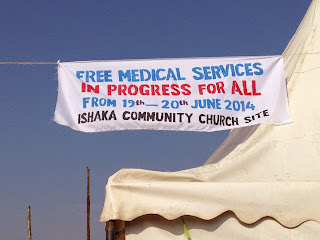 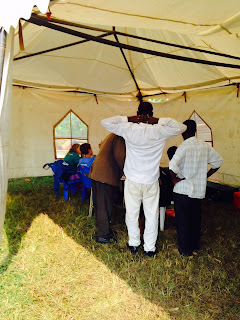 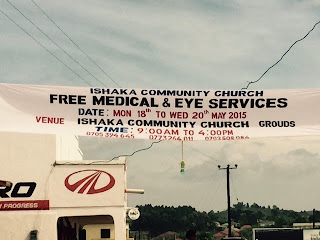 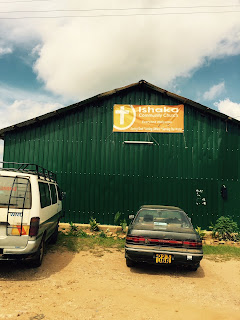 As we began setting up, I was introduced to the young lady who would be my interpreter where the patients check in.  Her name is Shamira.  Every clinic is a little different.  At Ishaka, there were so many waiting outside under the tent, that we would call about 10 at a time after  the first 30 so the inside of the church was not too congested.  The pauses as we waited to call each group gave us time to get to know one another.

Ishaka is where Kampala International University Medical School is located, so we had many medical students to help us each day.  Shamira is a first year medical student from Kampala and introduced herself as muslim.  She said her friends had talked her into coming to Ishaka Community Church on Sunday.  She heard there would be a medical clinic at the church from Monday to Wednesday so she wanted to come and be a part of it.  Sunday was the first day she had not worn her niqab, the head covering worn by muslim women.  This one she wore only allowed her eyes to be seen.  She shared with me that her father is a muslim, but her mother is a Christian as well as her four other siblings.  I told her I thought Jesus was pursuing her heart.  She agreed.  We talked about Jesus for a little bit and I asked her what was keeping her from accepting Him as her personal Savior and Lord?  She said, “Nothing is.”  I asked her if she wanted to accept Him now?   She was and did!  I asked her if she had a Bible, and she said she did.  It was noticed in the picture that was taken of the two of us on Monday, that she had fixed her hair to cover her a lot like a niqab would. 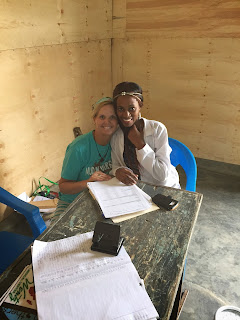 I asked the Lord specifically that she would understand the freedom she now has in Him and would be more comfortable with not using her hair as a covering.  We serve an Amazing God who answers specific prayers. Tuesday’s Picture!!! 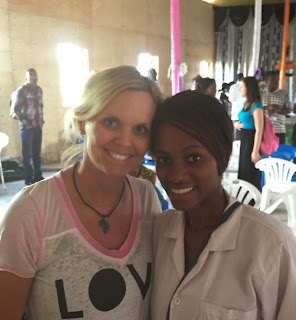 I asked her on Tuesday if she had talked to her mom?  She said, “Yes, and she is very happy.”  I asked if she had told her that she was now born again?  She had.  She was a joy to work next to.

On Wednesday, we continued to talk and get to know each other. Our friend, Henry is a first year medical student at KIU as well. 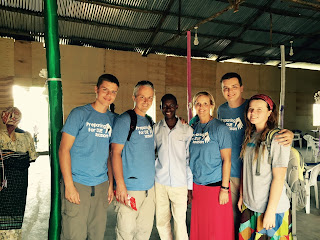 I had asked Shamira if she knew him earlier in the week.  She didn’t and I only know his first name.  But, when Henry arrived, she told me she did know him.  He used to be her neighbor.  Henry said, he thought she was a muslim.  I told him she was, but she became a believer in Christ on Monday.   I shared with her about how I had prayed for her to know the freedom in Christ.  I showed her the difference in the two pictures.  Please join me as I continue to pray for Shamira to become a fully devoted follower of Christ.
Posted by due unto others at 9:34 AM