From Patients to Patience in Uganda

This year’s Due Unto Others mission trip has been such a blessing.  Most of our team members have returned to the USA, but Jill and I are in Uganda a little longer.  We’d like to thank our Due Unto team members: Mason Lang, Anna Catherine Ortego, April Berry, Faith, Joseph, David, Raphael, Sarah, Ronald, Frank, Joyce, Julie, and Dr. Martin.  We have made many new friends and seen many lives changed in the past 7 weeks.

Our team has seen and treated over 4,600 patients in 23 clinics.  Due Unto Others supporters have helped to provide free medicine to these 4,600 people.  Many of whom would not have been able to get the medication on their own.  We also provided more than 400 people with reading glasses free of charge.  Perhaps most importantly, we were able to hand out more than 500 copies of God’s word to those who were eager to have a bible of their own and to read it intently.  Each of our 23 medical clinics has contained a “spiritual clinic”.   This is an area where the people that have come for medical care can pray with a pastor and hear the Gospel presented.  We have seen more than 200 people take the first step into a new life in Christ.

Now, Jill and I are being forced to settle into dealing with patience, rather than patients.  It is a little difficult to slow down after going so fast during our scheduled part of the trip.  We have received a verbal ruling from the judge, granting us temporary guardianship of Jamil.  This legal guardianship will allow us to travel with him and consent to medical procedures, for him, in the USA.  We are now waiting for the official written version of the ruling so that we might start the process of procuring Jamil’s passport.  After we have the passport, we can apply for the US visa.

Let me give you some updates on a few of our “that one persons”.

Our friend, Jonathan, is doing well in Gaba.  He is the boy that suffered significant burns in 2012.  We saw God heal his burns in a miraculous way.  Due Unto Others is supporting Jonathan with a school sponsorship. 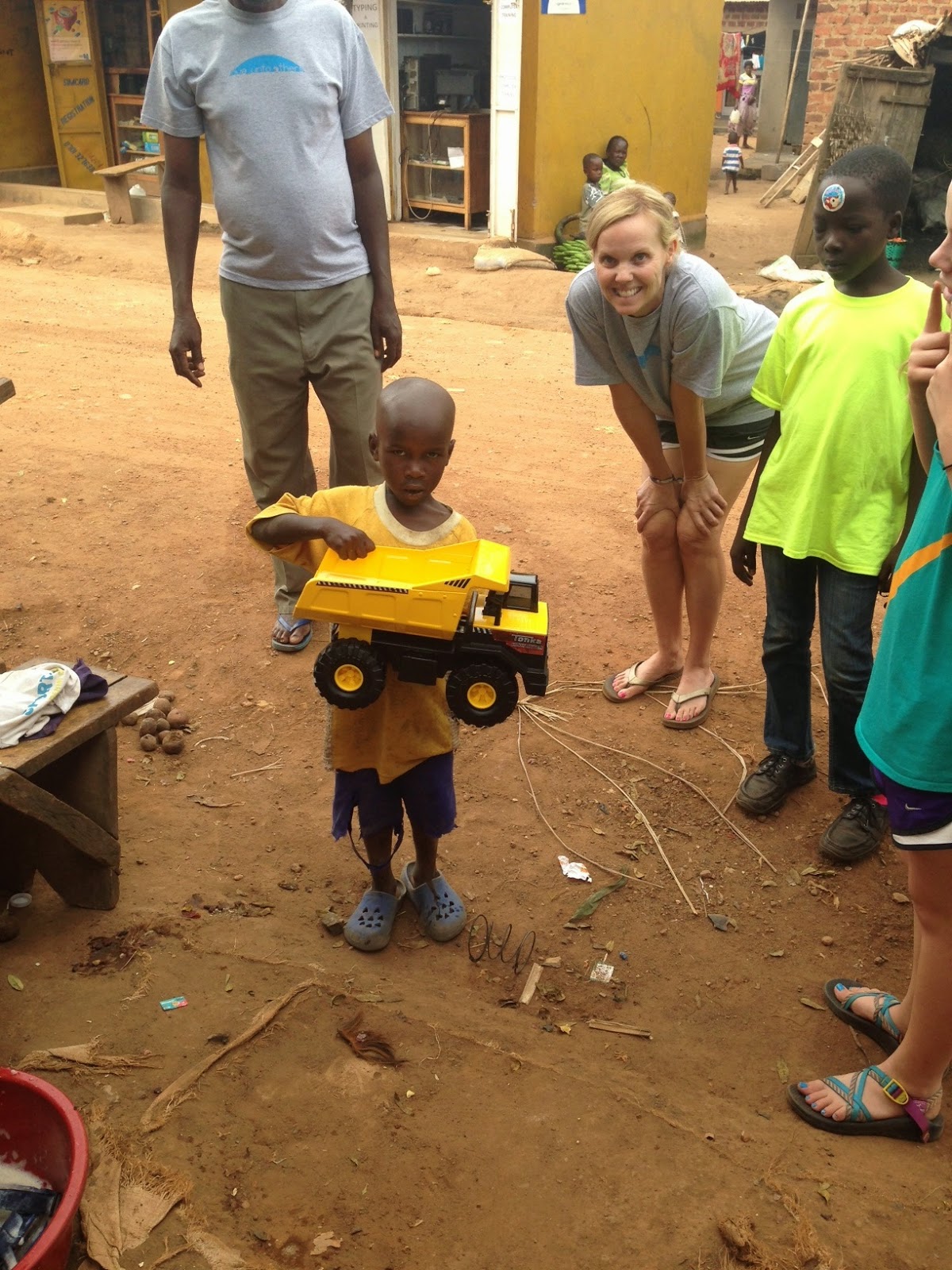 We made arrangements for him to be seen by a general surgeon at Wentz Medical Center last week.  Jonathan has been scheduled for a surgical repair of a large umbilical hernia on August 6.  Please keep this miracle child in your prayers.

Chrispus, our TOP from Ishaka had a surgery to release some scarring of her foot and ankle.  Take a look at these before and after photos!

Due Unto Others supporters made it possible for this surgery to take place.  This girl will now be able to walk and attend school.  What a difference for Chrispus and her future!

Remember Gift?  He is the young boy, from Ishaka, that had a bad bone infection in his leg.  His care was paid for by Due Unto Others supporters.  He is now out of the hospital after a few weeks of surgery and IV antibiotics.  This is a quote from Pastor Sam of the newly formed Ishaka Community Church: “The whole community is glorifying God for this act of faith and this Sunday I have invited them to church to give testimony.”  We can make a difference, one person at a time!

Pamela, from Bwambara, is going back for a recheck on her heart next week.  She may end up needing a heart surgery, but so far she has been stable.  Her family is so excited to see her moving towards a diagnosis and possible correction of the medical problem that has caused her to not be able to attend school.  I will keep you updated on this as we move forward.

Elizabeth, from Rukungiri, came to Kampala with the thought that she would need a bone marrow biopsy.  She had been dealing with a chronic anemia and it was feared that she might have some sort of leukemia.  Thank the Lord, when she came to Kampala, her cbc showed that her anemia was much improved.  She was allowed to go home, with a follow up appointment but it was not felt that she needed to have the bone marrow biopsy.

We have heard good reports about Emmanuel.  He had a large and cloudy left eye when we met him in Bwambara.  He had a surgery and was diagnosed with congenital glaucoma. 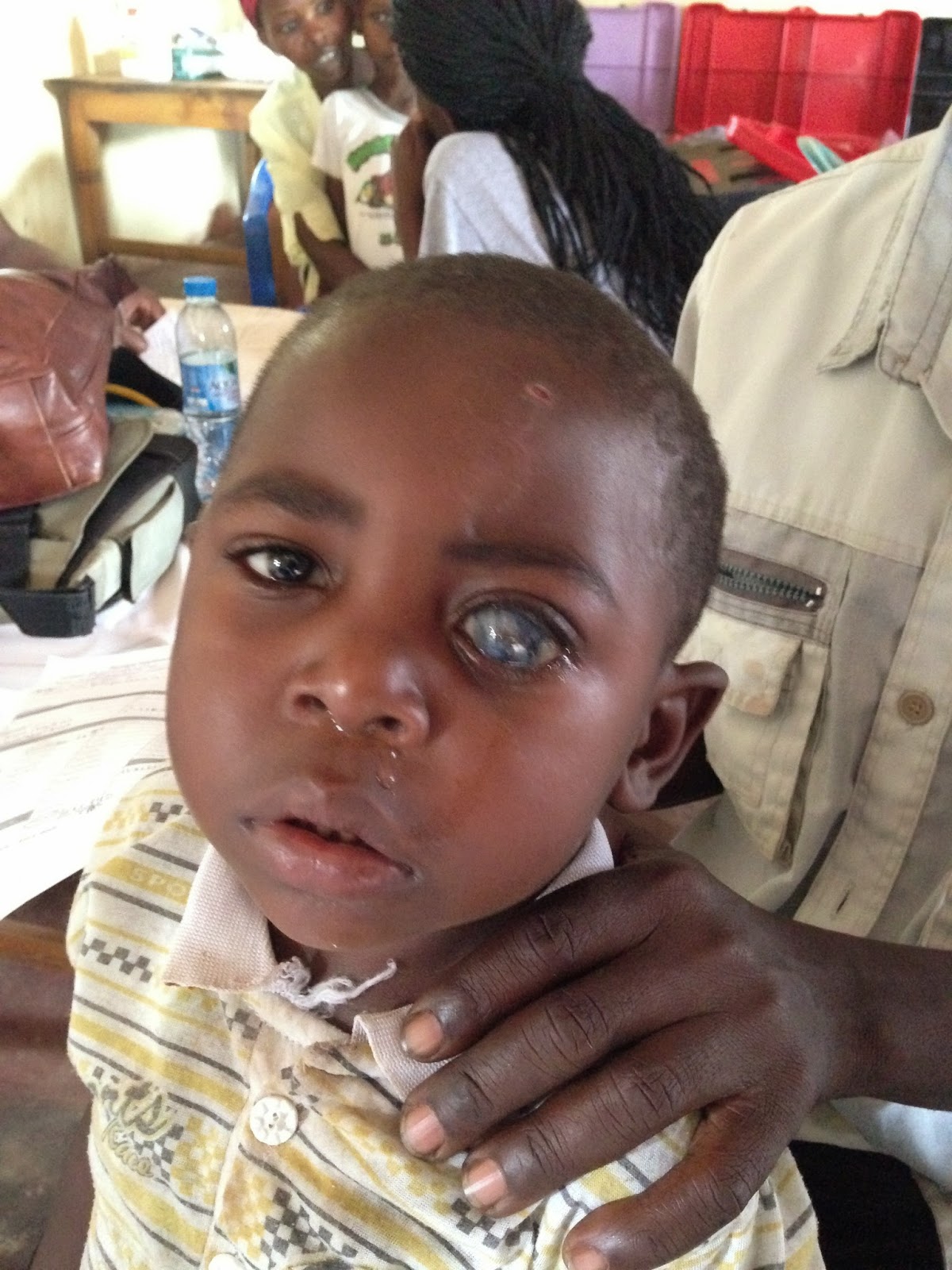 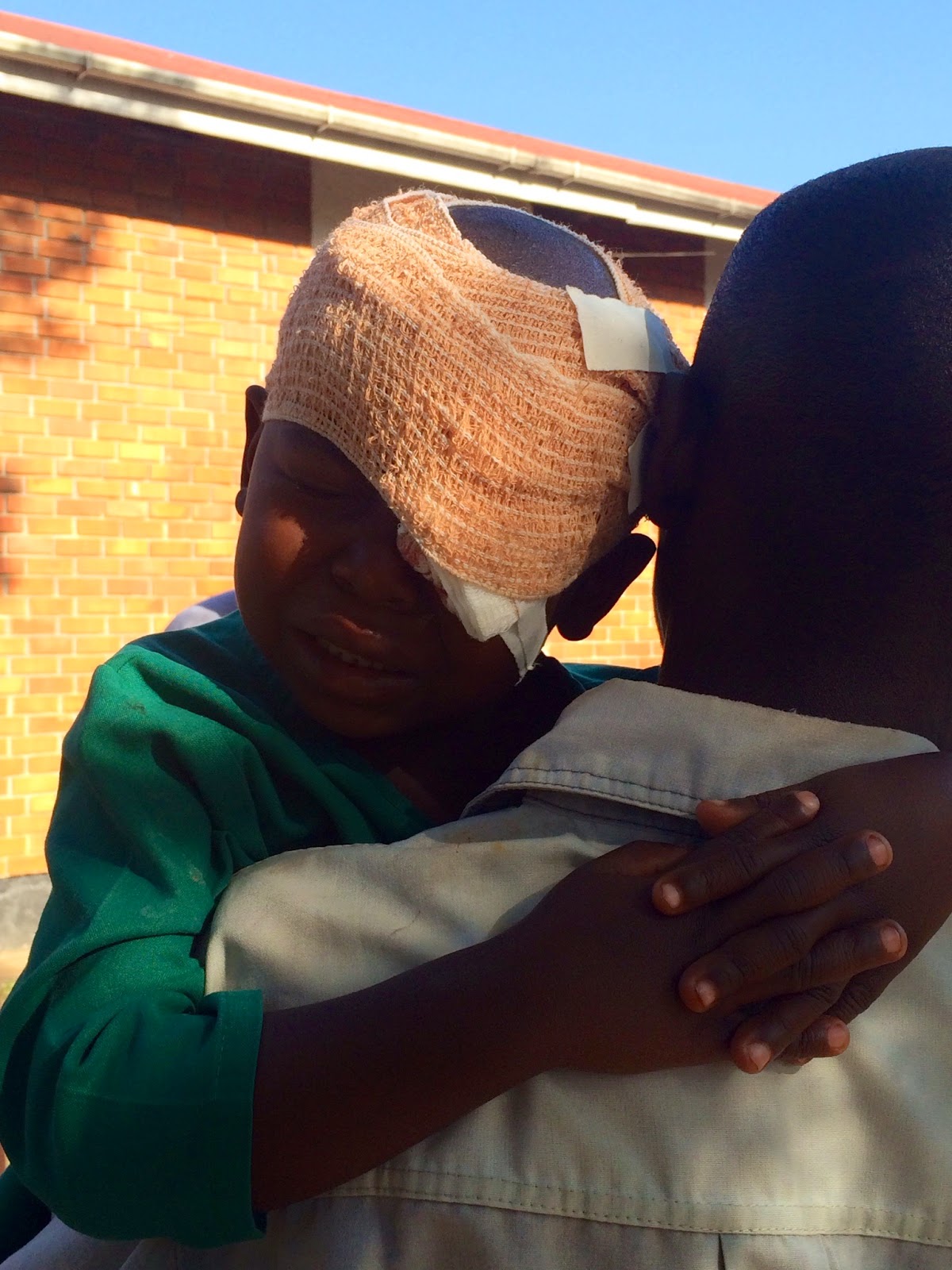 The affected eye was removed and the other eye was checked and had normal pressure.  Emmauel is set to get a prosthetic eye next month and his parents say that he is doing so well that they will be starting him in school by the end of the year.  Due Unto Others supporters have completely changed the life of this little boy.